We offer a true culinary experience of modern Spanish cuisine from the Basque Region and Catalonia with a robust cookery of Castile and Extremadura. Where one finds superb roasts and exquisite game dishes with a broad spectrum of aromatic and healthful culinary choices from the Mediterranean coast.

Our on-site bodega or wine cellar is composed of 500-plus specially selected vintages including Sherries, Sparkling, Ports, Rose, Sweet, White and Red wines. Our staff is very knowledgeable and would love to help you match the perfect wine with your food.

We provide Live Flamenco music every week and enjoy providing the perfect ambience for your dining occasion. Reserve a table and experience the culture of Spain from our patrons to our employees.
What is Paella?
What are Tapas?
What is Tortilla Española?
What is Jamón Ibérico?
What is Paella?

Paella, is considered the "national dish of Spain" and originated in the Valencia region of the Mediterranean coast.

Paella gets its name from the pan it is prepared in, the paellera, which is traditionally cooked outdoors, over an open flame. There are many variations and opinions as to what goes into Paella, but what all Paellas have in common, however, is Spanish short-grain rice.

Using the right kind of rice is without a doubt the most important factor in creating authentic Paella. Short-grain rice absorbs flavors and has a chewiness not found in long-grain, and both these qualities are the very essence of Paella. After all, the rice is the principal player in this dish, and aside from whatever else goes into the Paella, the rice must be extraordinarily good.

The wide flat metal paellera pan in which the rice cooks is also of utmost importance. Another essential, is adding the saffron to the Paella, which gives it its distinct flavor and yellowish color.

Tapas are enjoyed in every region of Spain and are a national pastime. You might say they are a microcosm of traditional Spanish cooking.

For those of you not yet acquainted with tapas, they are Spanish-style appetizers that go far beyond little tidbits to accompany an aperitif. They are most often bite-size, served on a dish or in a small bowl and usually eaten with a fork or a toothpick. When enough tapas are served and in sufficient variety, they can easily replace a meal.

Tapas represent a Spanish style of living and there is no better way to partake in the life of the country than by participating in this time-honored tradition. Spaniards love gathering in bars before their hearty lunchtime meal (a three hour period in which almost all business comes to a halt) and temporarily satisfy their hunger with tapas and a glass of beer, wine or fino (sherry). They meet with friends and vigorously discuss affairs and life in general. At the end of the workday (about 8:00 p.m.) the bars fill once more for yet another round of tapas, drinks and animated conversation.

Based on healthy robust Mediterranean ingredients, tapas, although in the tradition of "snacking", are a far cry from junk food. Tapas are as straightforward as slices of Jamón Serrano, seafood salads, grilled shellfish, potato omelets, chorizo sausage or Manchego cheese. These are just a few of the tantalizing possibilities.

What is Tortilla Española?

Spaniards have an ongoing love affair with their Tortilla Española.

Tortilla Española is a potato omelet that has nothing in common with a Mexican tortilla except its name, which refers to its round shape. It is the most versatile dish imaginable, equally appropriate for breakfast, lunch, dinner or for the tapas hour and is cut into wedges or small squares. Its ingredients are simply potatoes, eggs, olive oil, salt and sometimes onion. Yet there is something about the mixture and the way it is cooked that make Tortilla Española an object of adoration among Spaniards.

Tortilla may be eaten hot, but it improves immeasurably if cooled to room temperature and is best when allowed to sit a few hours before serving.

What is Jamón Ibérico?

Like the Beluga caviar or Kobe beef, Jamón Ibérico is the ultimate of its kind.

Until 2006, it has been unavailable in the U.S. The first Spanish producer, Embutidos y Jamones Fermín, is fully approved by the U.S. Government to export Ibérico to the United States. The small family company delivered their first shipment of Ibérico embutidos (chorizo and salchichón sausages; lomo - cured loin) in July 2006.

The first Jamones Ibéricos (hams) arrived in time for Christmas in 2007. The first was sliced by celebrated chef José Andrés on December 12th with the Spanish ambassador to the U.S. in attendance . The crown jewel of Spanish ham, the Jamón Ibérico de Bellota, or acorn fed Iberico ham, arrived in July 2008. These larger hams require more time to cure, but they are worth the wait! 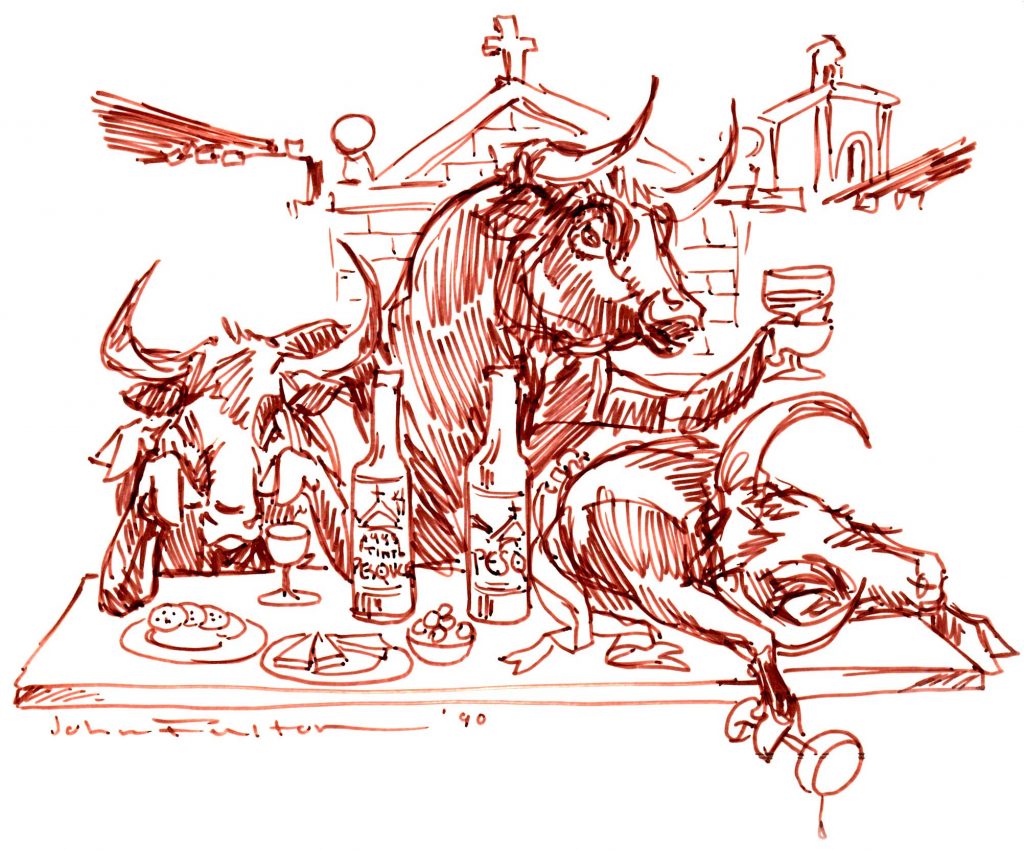 Join Us for
Happy Hour

1/2 price Sangria and a selected menu of Tapas at 1/2 price. Except certain holidays. Walk-ins only for Happy Hour so be sure to arrive early!

Purchase a Costa Brava eGift card for that special someone and give them the perfect gift!